Frequently Asked Questions
Sign the Petition
Back to archive

Larimer Square is our city’s first locally protected historic district, designated in 1971 after a determined Dana Crawford saved the block.  Its preservation story is nationally recognized as a watershed moment in modern preservation.   It is the place where our city first affirmed a commitment to our heritage after the devastation of urban renewal, and its historic designation was the first in Denver that recognized not only individual historic buildings but a collection of related buildings and their context.  Larimer Square was the economic spark that fueled downtown’s renaissance, is significant to generations of Denver residents, and is the model for historic districts and landmarks across Denver. To learn more about the block, its protections, and the issues at hand, click here to see our FAQ.

In February 2018 the owner of the Larimer Square Historic District, Larimer Associates, and development partner Urban Villages, presented a redevelopment plan for Larimer Square.  The plan called for two major additions to the Square: a tower as high as 40 stories and another up to 10 stories. These new structures were to be built behind and on top of the existing buildings and along the alleys, though their large size would envelop existing courtyards and would require partial demolition of several historic buildings. This particular plan was later shelved, but the developers have continued to signal a desire to add tall buildings in or around Larimer Square, as reported in the Denver Post in February 2019.

Amending the legal protections for Larimer Square or the adjacent Lower Downtown Historic District, which would be necessary if tall buildings were placed in either district, would not only forever alter the authenticity, scale and context of this irreplaceable historic asset, but also would have far-reaching and dangerous policy consequences for historic buildings and districts citywide.

Historic Denver and our preservation partners believe there are other ways to update and upgrade Larimer Square that do not require demolition or out-of-context construction. Larimer Square can continue to evolve with new uses and spaces that meet the community’s current needs and desires, while respecting the essential qualities and integrity of the block as outlined in the legal protections established nearly 50 years ago. The protections are not designed to prevent change and evolution, or to encase the historic districts “in amber,” but to guide them thoughtfully and carefully so that the historic buildings and context remain intact long into the future.

Historic Denver has shared numerous ideas and resources that should be part of a solution moving forward, including federal and state tax credits that could translate to more than $20 million in incentives for rehabilitation. We presented to Larimer Associates and Urban Villages our analysis that shows how 200,000 square feet can be added to the block while respecting the building fabric and the legal protections. We are also willing to work with the owners and partners to fund and produce an independent structural analysis and cost estimate to guide future decision-making.

March 2019- Larimer Associates and Urban Villages announced that they will no longer seek a plan that includes demolition of any historic structures in Larimer Square. Missing from this announcement was a commitment to whether they will respect the full scope of the legal protections the community put in place for Larimer Square, long before this owner or developer came into the picture. Read more in March 20 articles in the Denver Post and in BusinessDen.

February 2019- Urban Villages opened an outreach center in Larimer Square to gather public input on the future of Denver’s first locally protected historic district. They have not put a new redevelopment proposal on the table, but recent communications have signaled a continued desire to amend the protections that have safeguarded the historic buildings in Larimer Square, as well as the scale and context of the district. Read more from a recent Denver Post article.

December 2018- Larimer Associates and partner Urban Villages concluded the six month advisory process they convened with no consensus on a design or development proposal involving significant alteration to the historic district or its protections. During the closed-door meetings, the owners and their team presented information on the buildings’ structural conditions, repair priorities, and redevelopment options. However, the cost estimates to achieve the buildings’ structural and system upgrades were not independently analyzed, as was done in the extensive redevelopment of Union Station. Furthermore, information on the process or implications of amending the legal protections was left out of the discussion. Such changes would present precedent-setting consequences for other landmarks and historic districts.

June 2018- The National Trust for Historic Preservation lists Larimer Square on the 11 Most Endangered Places List, citing the threat of the inappropriate development proposal that called for partial demolition of several buildings, the potential construction of two towers, and weakening the groundbreaking ordinance that has long protected the famous square. The Denver Post also publishes an opinion piece by Dana Crawford & Annie Levinsky.

Donate to support Larimer Square and our Advocacy

The National Trust for Historic Preservation unveiled its 2018 list of America’s 11 Most Endangered Historic Places, an annual list that spotlights important examples of our nation’s architectural and cultural heritage that are at risk of destruction or irreparable damage. Almost 300 places have been on the list over its 31-year history, and in that time, fewer than five percent of listed sites have been lost.

This year’s list included the first-ever Denver site- Larimer Square.  As Denver’s first commercial block and the city’s first historic district (1971), Larimer Square is a nationally known preservation success story—an anchor of the thriving Lower Downtown commercial, residential, and entertainment district and a compelling example of how historic preservation and building reuse can restore the soul of a city, create places that attract people, and make good economic sense.

On June 17 the Denver Post published an opinion piece by Dana Crawford and Annie Levinsky.  “Together we can develop ideas and locate the resources necessary to protect these irreplaceable buildings, but only as long as the sharp focus is on solutions and alternatives that honor the vision and landmark protections that saved Larimer Square nearly fifty years ago.”  Click here to read the full opinion piece published in the Denver Post.

1963 – Dana Crawford gathered a group of investors, Larimer Associates, to begin buying one building at a time and restore for a new use

1973- Larimer Square added to the National Register of Historic Places 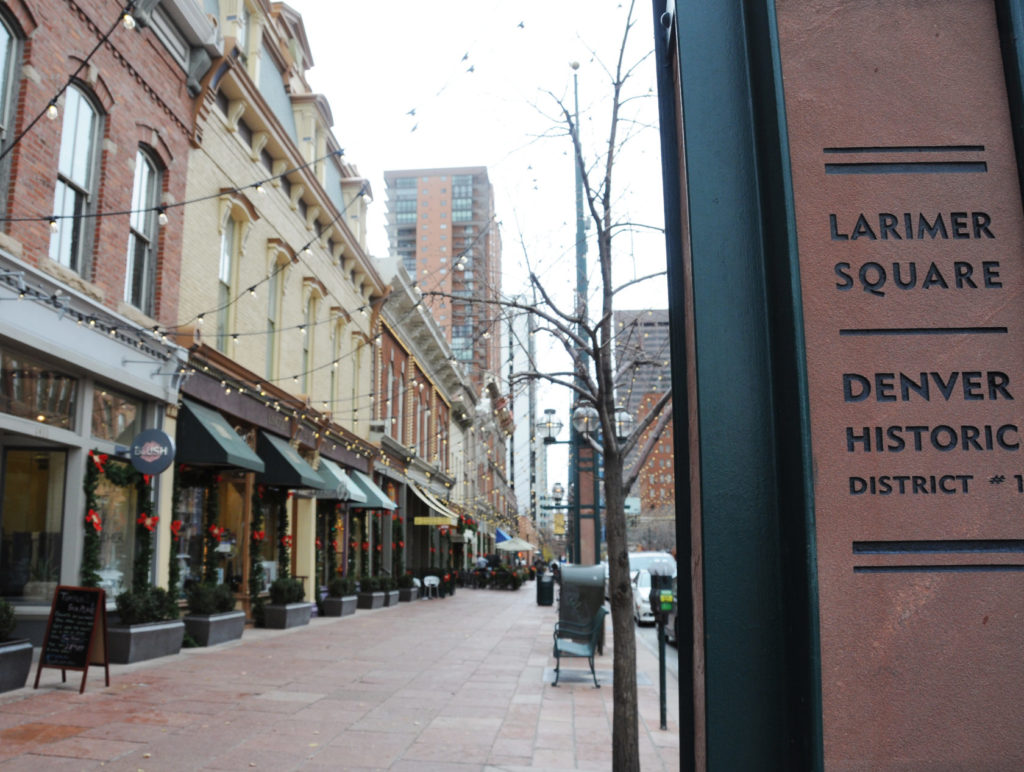 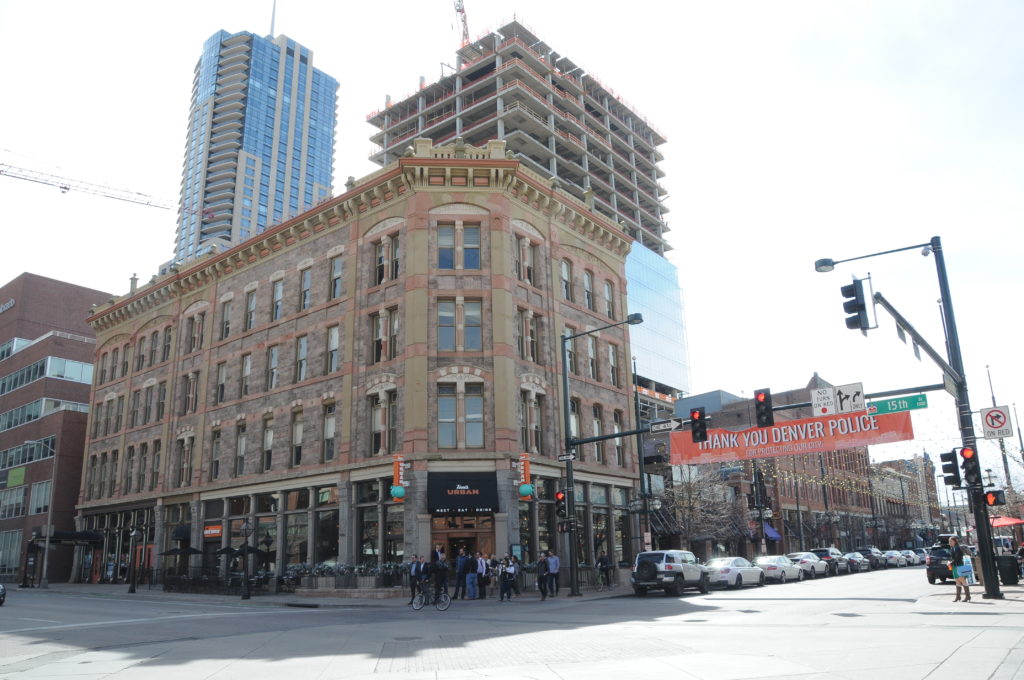 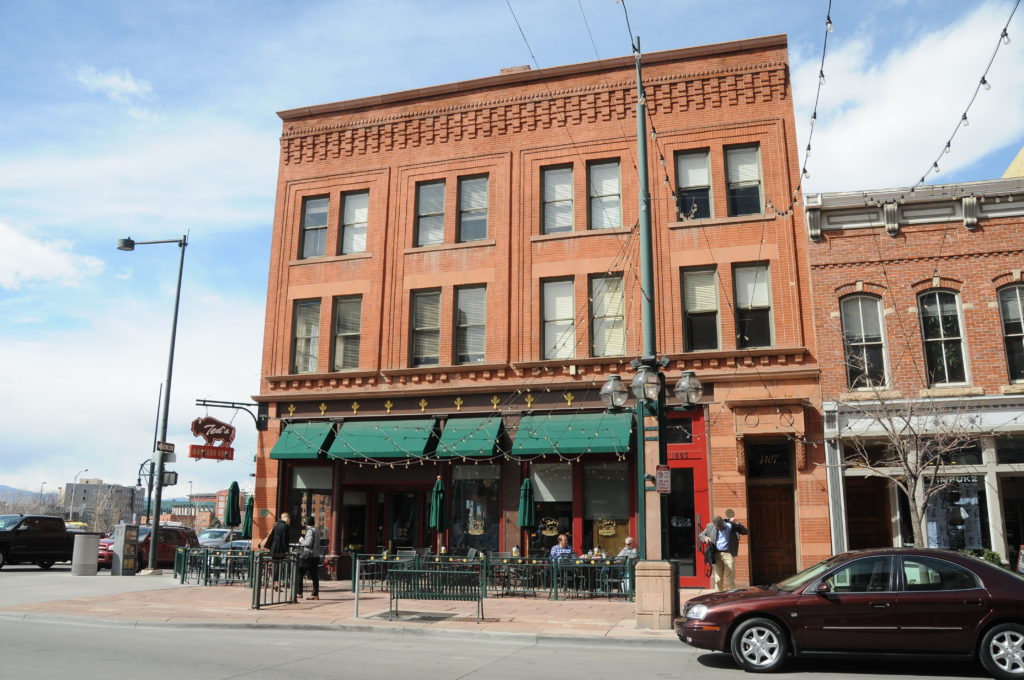 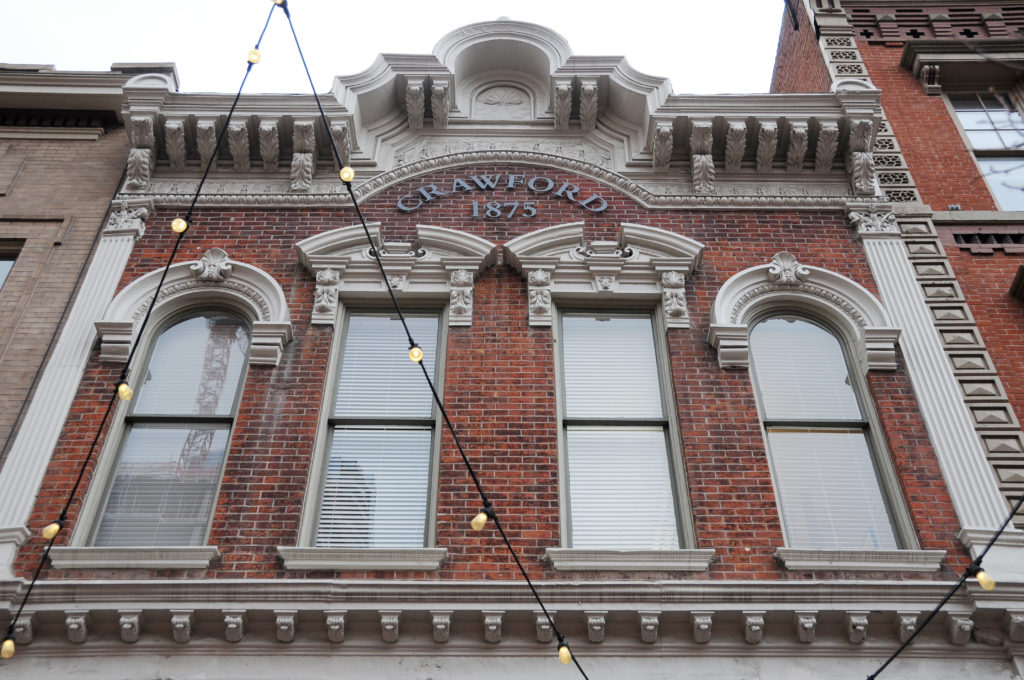